The Irishman certainly made the most of the warm weather last night as he worked on his cardio by running in East London.

The 24-year-old already boasts an incredible physique but made use of the sunshine by getting his exercise done for the day.

Sporting a pair of white O'Neill's shorts and black running trainers, Paul had his earphones in and looked focused on getting a good sweat on.

The actor did a stellar job in the steamy BBC drama, which sees him nude on several occasions in saucy sex scenes.

Normal People includes a whopping 41 minutes of intimate scenes across its 12 episodes, and it has seen Paul become an overnight sex symbol in his role as Connell Waldron.

Paul was also pictured sporting his famous chain, an item he never seems to remove.

The item even has its own Instagram page and boats an impressive 148,000 followers.

The piece of jewellery has been described by Vogue as TV's most "erotically-charged prop" and Paul spoke to Nick Grimshaw on BBC Radio 1 about the accessory.

He joked: "It's slightly terrifying. I'd be slightly embarrassed if the chain account took over my follower count."

Paul added: "But it's probably going to happen at some time so I better just reconcile that fact, that the chain will always be more popular than I am.

"It was a couple of days after the show aired I saw like a little page started somewhere and now it's like this beast that's growing legs. I think it's just so funny because… it's a chain."

As a fan of chains way before he ever appeared on Normal People, Paul described wearing them as "underrated" and they now start to get the recognition they deserve.

"He continued: "So hopefully we're doing a good thing for chains all around the world and we'll see them getting the correct respect that they deserve. We've been sleeping on chains far too long in my opinion." 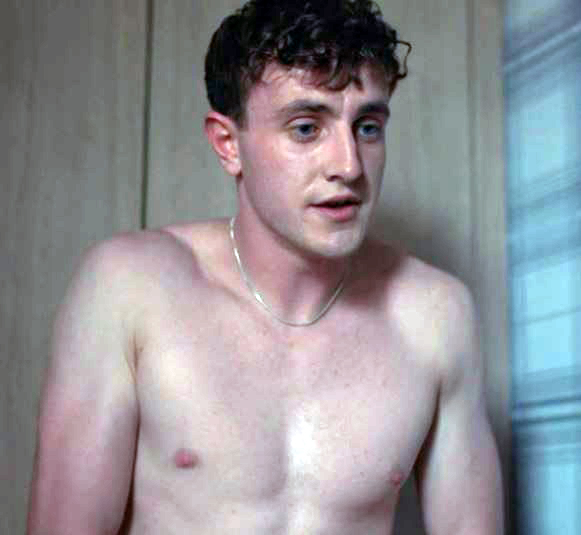 Paul's new show is grabbing the attention of fellow celebrities, as Katy Perry poked fun at the non-stop sex scenes and suggested a raunchy new title for the BBC drama.

The pregnant star – who is expecting a baby with Orlando Bloom - tweeted: “The show should be renamed: ‘We Have Much More Sex Than NORMAL PEOPLE'”.

Katy’s post was well received by fans as one follower wrote: “'BAHAHAHAH THIS I WHY I LOVE YOU.”

Another replied: “YASSS YOU’RE WATCHING IT”.