SAM Thompson sweated it out in the gym for a topless workout after splitting with Zara McDermott.

The Made In Chelsea star, 28, wasn't letting the heartbreak get to him and decided to focus on his fitness instead. 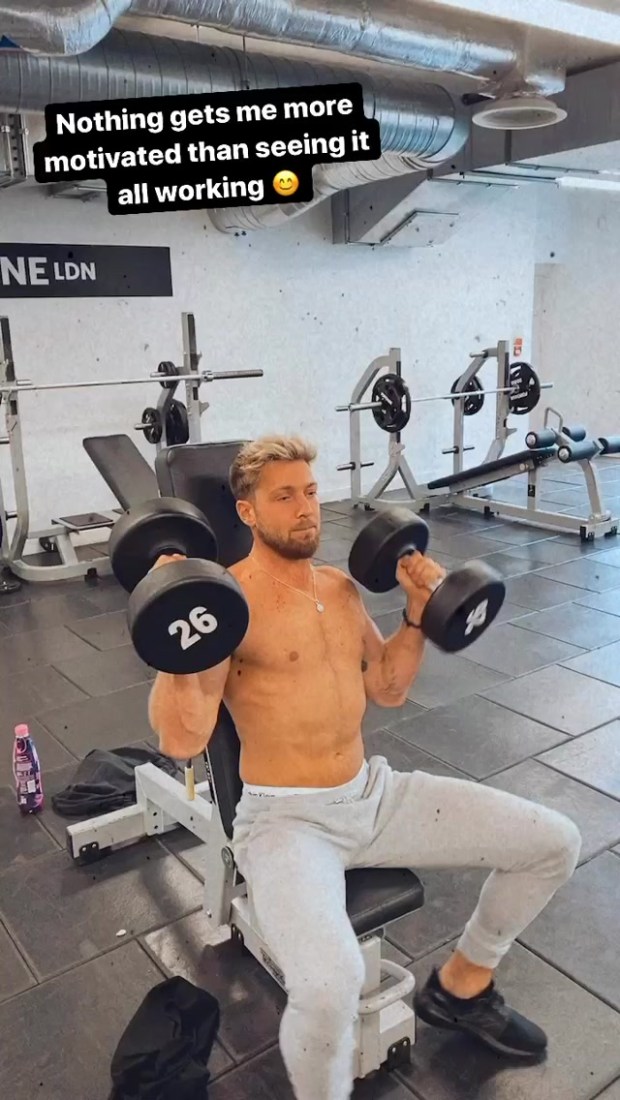 Sam filmed himself as he flexed his muscles performing a shoulder press.

Fans got an eyeful of his arms and abs while he lifted the weights in the gym.

He captioned the image: "Nothing gets me more motivated than seeing it all working out."

The star was spotted looking miserable after a jog in West London yesterday. 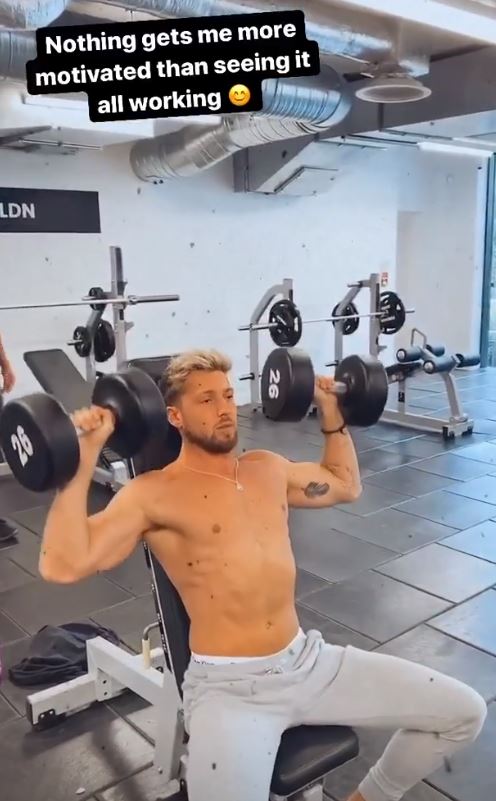 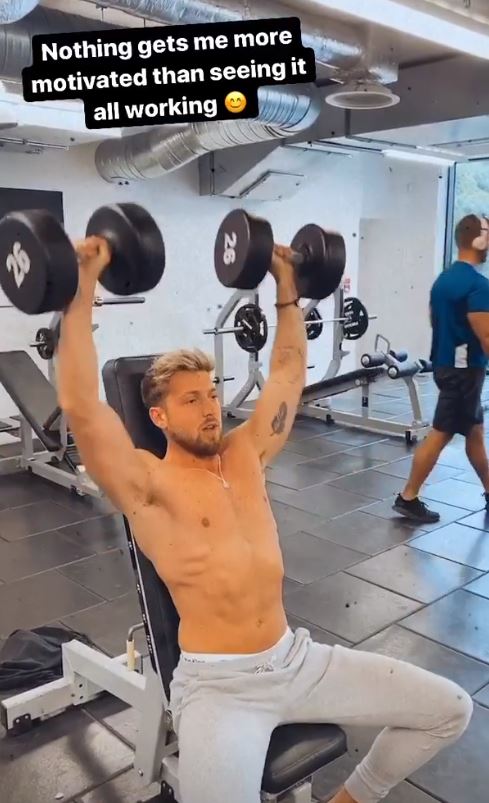 The reality star wore a grey vest and matching tracksuit bottoms showing off his toned biceps.

Sam looked deep in thought as he paced the pavements in the midst of his break up with the Love Island beauty.

Sam split with Zara, 23, after discovering she'd had a fling with music boss Brahim Fouradi during her time on X Factor: Celebrity.

Now Zara is fighting to save their 16-month relationship and get Sam back. 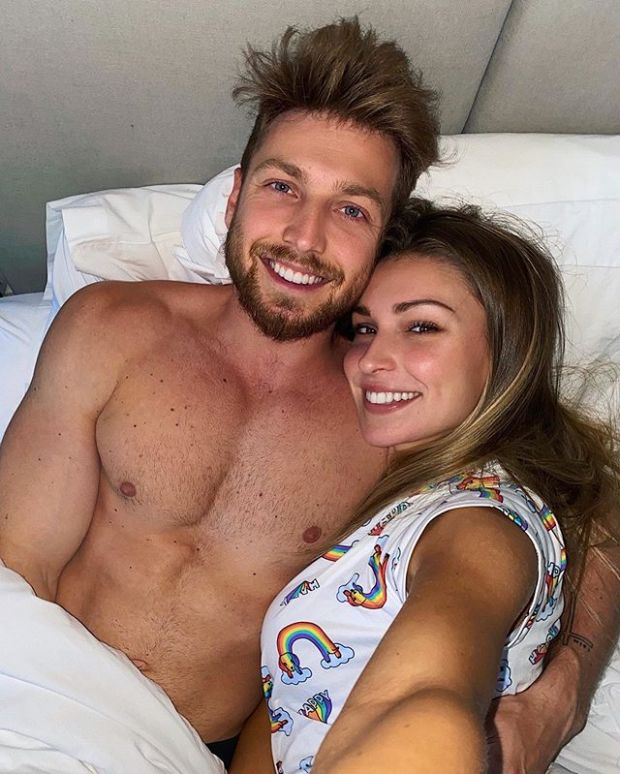 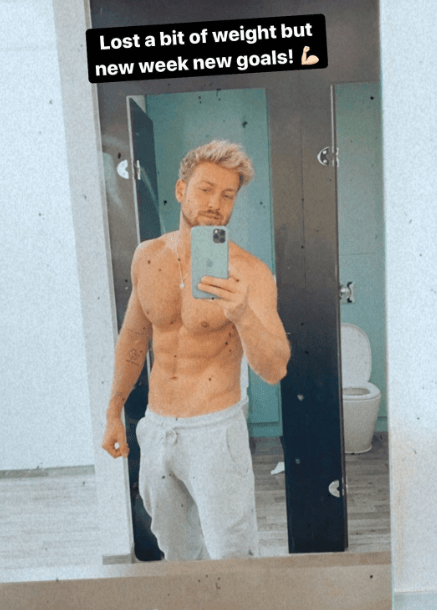 All of the action has been caught on camera and will air on the next season of Made In Chelsea.

A source told The Sun: "The cameras have captured the whole fallout of Zara and Sam's dramatic split.

"It means viewers will get to see the raw emotion caused by Zara's infidelity last year, as Sam tries to come to terms with what has happened.

"There's going to be a lot of tears and rows as Zara fights for her relationship." 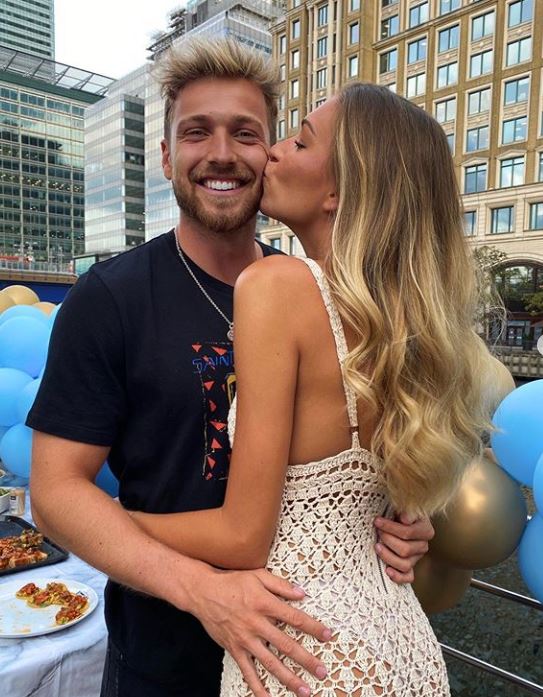 The ex-couple are facing crisis talks as their relationship hangs in the balance.

Heartbroken Sam left to film Channel 4’s The Circle after the bombshell revelation - and now sources close to Zara, 23, say she has vowed to win him back by proving he can trust her again.

Now he's back, the cameras will be following the reality TV stars around Chelsea to find out if it's make or break for them.

The Sun has contacted a representative for Sam and Zara.