THE Simpsons has pulled out all the stops to celebrate its 666th episode.

The cartoon has a tradition of ringing in Halloween with its annual Treehouse Of Horror spoof episodes - and for the 30th instalment, it pays homage to Netflix's Stranger Things 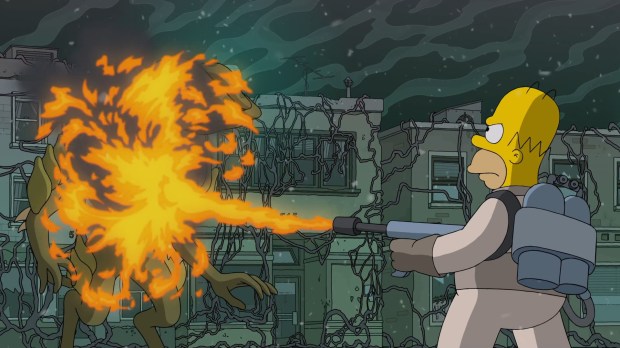 With three seasons under its belt, the 1980s sci-fi nostalgia trip has been one of the streaming service’s most popular offerings, with British actress Millie Bobby Brown at the helm as Eleven.

So who can blame The Simpsons for trying to get in on the action by bringing the Upside Down to Springfield, albeit rebranded as the Over Under, complete with many of the monsters that frequent the nightmarish realm.

The spoof sees Lisa shave off her iconic spiked locks and embark on a mission to save Milhouse from the Demogorgon dogs, who have already chomped off one of his legs.

"I'd better use my psychic powers," Lisa boldly declares, before explaining why she’d kept them under wraps until now. 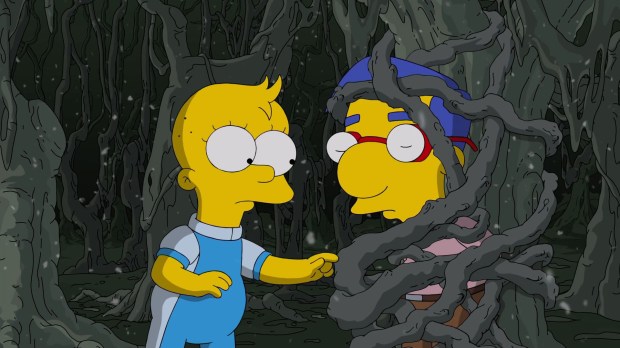 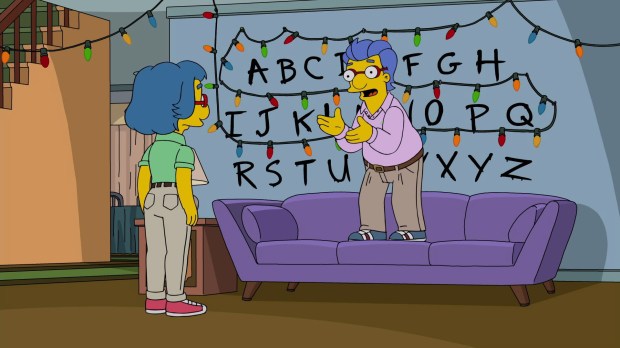 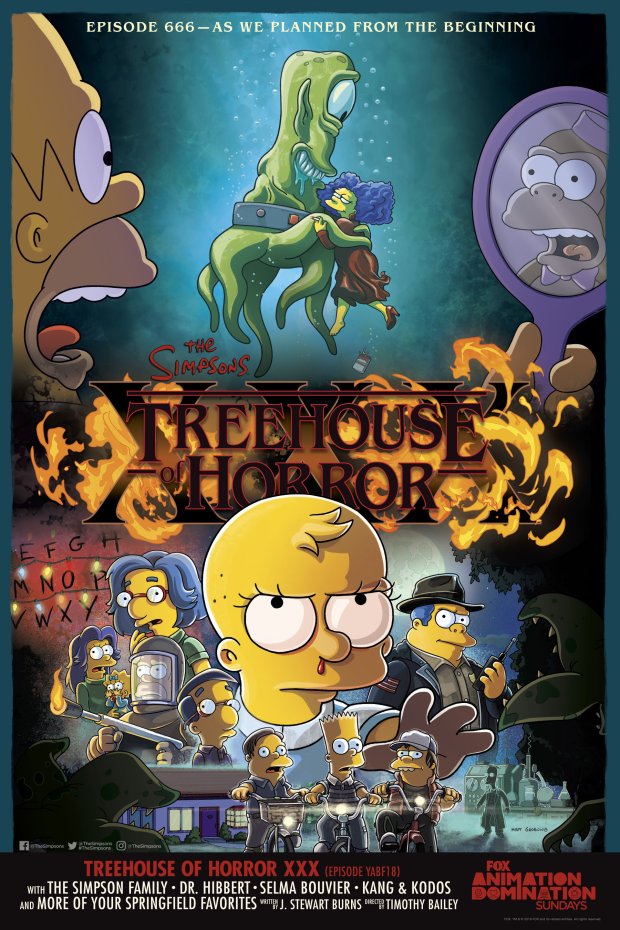 "Girls are afraid to use them because then we're called unfeminine. We needlessly lost a lot of good witches at Salem."

That’s right folks, Lisa has embraced the occult, rather than attributing her gifts to a series of cruel experiments, as was the case with El.

Elsewhere Homer and Comic Book Guy also make cameos, with the latter arriving with a sarcastic quip before being devoured by a mass of writhing fleshes based off of season 3’s symbiotic monster.

The Simpsons announced the news on Twitter, writing: “Stranger things have happened but, uh, we can't think of any.” 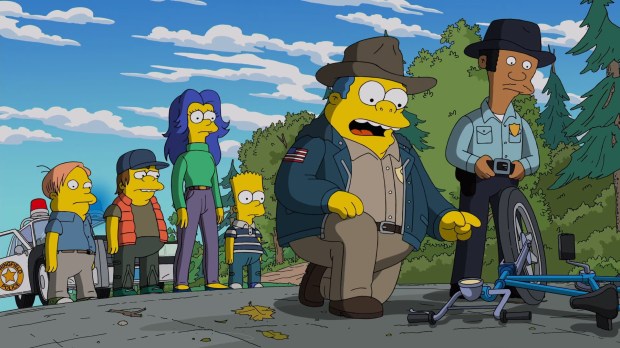 Unsurprisingly, fans can't get enough of the crossover, swamping the teaser clips with likes.

A UK air date for the 666th episode is yet to be announced, but is likely to air around Halloween.

Stranger Things seasons 1-3 are available to stream on Netflix.