EIGHTH-TIER minnows Chichester City have been given a BYE into the second round of the FA Cup.

The lowest ranked team left in the competition have vowed to make a donation to Bury after pocketing £36,000 prize money. 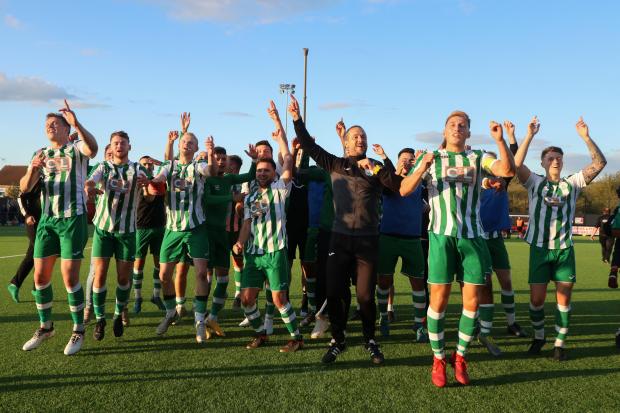 Bury's expulsion from the FA Cup meant one team would skip the opening round.

And Chichester were quick to show their gratitude to Bury after they were the last team picked out of the hat.

The non-League side tweeted: "The club would like to place on record that we will be making a donation to the appropriate organisation involved with the continuation of @buryfcofficial.

"Someone had to get the bye, maybe after six wins already we deserved it."

Manager Miles Rutherford claimed earlier this week that he wanted the bye to allow his club to continue their adventure - and his dream came true.

"But we would love the bye first and a big club after that.

"We're not kidding ourselves, we've been a bit lucky this year and we're just riding the luck, which you've always got to have to get through."

After the draw went exactly to plan, alongside a waving emoji, Chichester tweeted: "Bye #EmiratesCup."

The non-league side - who were ball 71 in the bag - reached the first round of the FA Cup for the first time since 1960 with a win at Bowers & Pitsea.

Elsewhere in the competition, Leyton Orient will take on Maldon and Tiptree, Sunderland are set to host Gillingham and Ipswich will take on Lincoln.