SHE is one of TV’s sexiest, most glamorous figures and best pals with Victoria Beckham. But for Eva Longoria, getting a break in Hollywood was hard work.

Today, the Desperate Housewives star reveals how she would take any job to pay the bills, even auditioning to play a hooker soon after starting out 20 years ago. 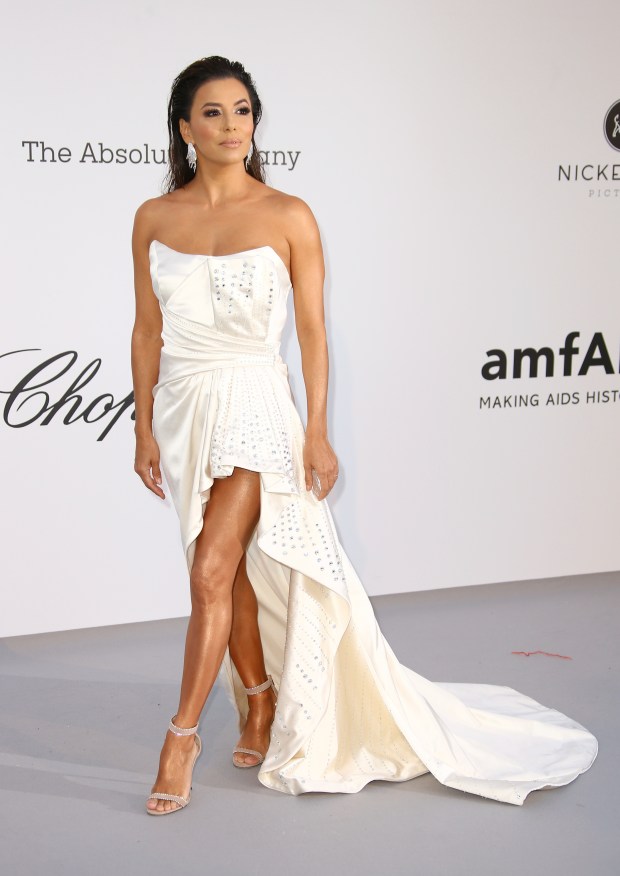 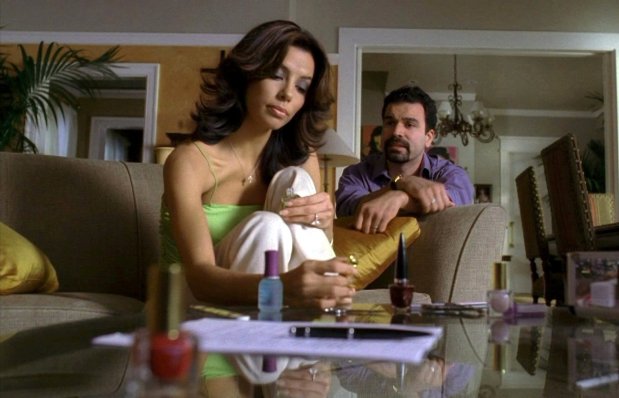 Eva, now 45, would do up to NINE auditions a day as a wannabe in Los Angeles, often changing outfits on the hoof between casting sessions.

Eva, just 5ft 2in, also worked as a recruitment consultant but focused on getting her break as an actress during Hollywood’s “pilot season”, from January to April. Her breakthrough role was as pampered Gabrielle Solis in US hit Desperate Housewives, a part she played from 2004 to 2012.

Now she has stepped behind the camera to direct biopic Flamin’ Hot, due out in the coming weeks. She got the job after some forthright advice from Desperate Housewives producer Brian Tanen.

“And I thought, ‘Oh my gosh, yeah! I’m not a man and I’m not white, so I wouldn’t think to do that’. It was a change in approach to every sentence that came out of my mouth. Because as a woman, we want to be amenable. We want to be seen as cooperative.” 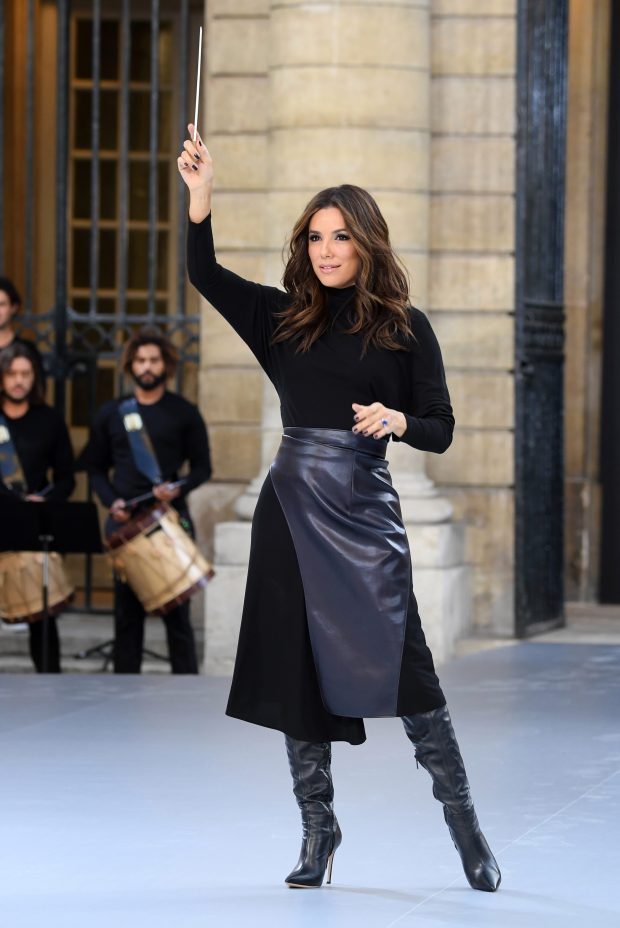 Eva’s best-known role came after she nailed the final audition in a gruelling day — including trying for the hooker role — that had involved a series of rejections.

She said: “Desperate Housewives was the last audition of that day, the ninth one. I hadn’t read the script. I was exhausted. I remember walking in and (show creator) Marc Cherry goes, ‘So, what do you think of the script?’

“I was like, ‘Nobody ever asks me that’. They’re like, ‘Next!’ Nobody has a conversation with you. I was honest and said, ‘You know what? I didn’t read the script. “I read my part and my part is great’.”

The show went on to air in 200 countries, made Eva a huge star and led to roles in movies such as 2006 thriller The Sentinel and 2008 romcom Over Her Dead Body.

She was twice named Maxim magazine’s Hottest Woman in the World, Rolling Stone’s Woman of the Year and landed a big-money deal with cosmetics firm L’Oreal. She launched a clothing line in 2017 and is now worth an estimated £37million.

Eva married Mexican businessman Jose Baston, 52, in 2016 and they had a son, Santiago, two years ago. 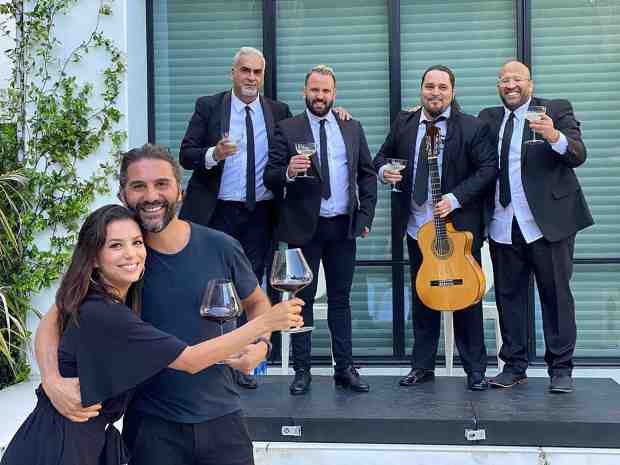 She says the key to her success is advice she still lives by, which her mum gave her as a child in Texas. Getting on the school bus for the first time, her Hispanic heritage left her feeling out of place.

Eva said: “On the bus, all I saw was a sea of blonde hair — kids who did not look like me. Everyone turned to stare at me and the bean taco I was eating. As I stared back, I noticed they were all eating Pop-Tarts.

“I took my seat next to one of the kids and asked, ‘What’s that?!’ And the kid responded, ‘What’s that?’ (about the taco). I heard one whisper, ‘She’s Mexican’. It was apparently a fact that explained me.”

Back home Eva asked her mother for a Pop-Tart the following day. The star said: “She looked at me like I was out of my mind. She was like, ‘Those things are four dollars a box!’ You know what my mum packed for me for breakfast the next day? “TWO bean tacos. She said, ‘Never forget where you came from’.”

As part of her work behind the camera she shot a L’Oreal ad on her iPhone. And three weeks ago she revealed a shot of grey roots to her eight million Instagram followers.

She has said: “I always say, ‘Every time I’m on a red carpet, my look is an illusion’. Those aren’t my lashes and that isn’t my hair colour or my cleavage. I’ve always been open to people. There’s nothing scary about grey hair, you can fix it.” 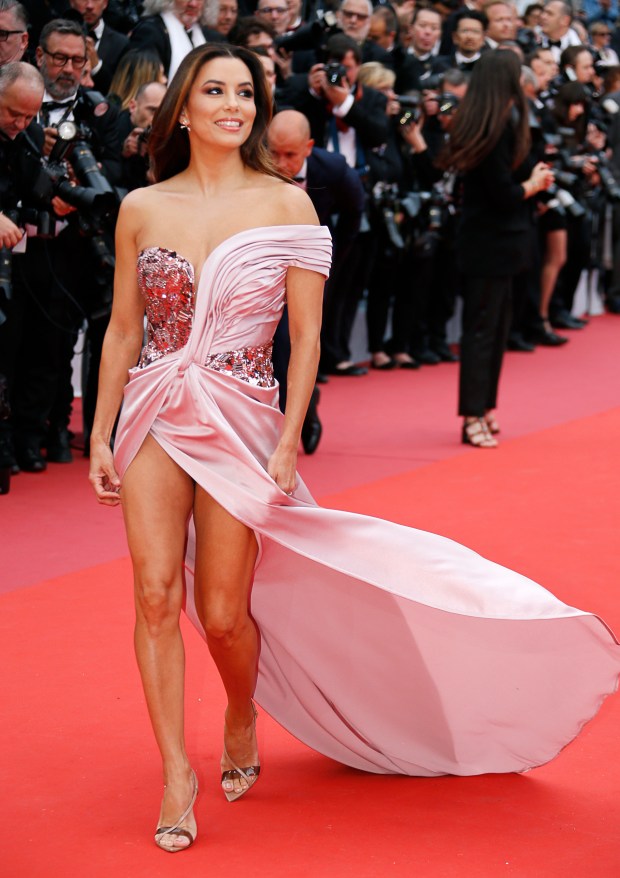 She said of shooting her L’Oreal ad: “When they asked me, that was really flattering. I am always honoured to take the reins of directing or producing something. But for a brand like L’Oreal, that’s a big responsibility. It’s iconic.”

She admits to being “bossy” as a director and producer, explaining: “You have zero control as an actor — that’s why I started producing. As an actor, you feel like you just show up and say lines that were written for you. You don’t have a choice in your co-star or the marketing or poster.

“That’s why I had an interest in producing and also directing. Mostly because I am bossy!” And while Eva seems to have it all today, she still gets nervous on set. One leading man in particular leaves her with “butterflies”.

She said: “Every time I walk on set, I feel scared. Even in acting. Andy Garcia and I have played husband and wife more times than I can count.

“We just did something together again and I still get butterflies in my stomach when I’m acting opposite Andy because it’s f***ing Andy Garcia! We’re friends and we have dinner, we hang out. But I still go, ‘Oh, my gosh, I’m in front of Andy Garcia’. I think it’s great to still have that fear a little bit.”

Her new film Flamin’ Hot is about Richard Montanez, who created the spicy Flamin’ Hot Cheetos snack. She said: “I wanted to make a movie about a man who had an amazing life, who happened to invent the No1 snack in the world. I gravitate to real life. 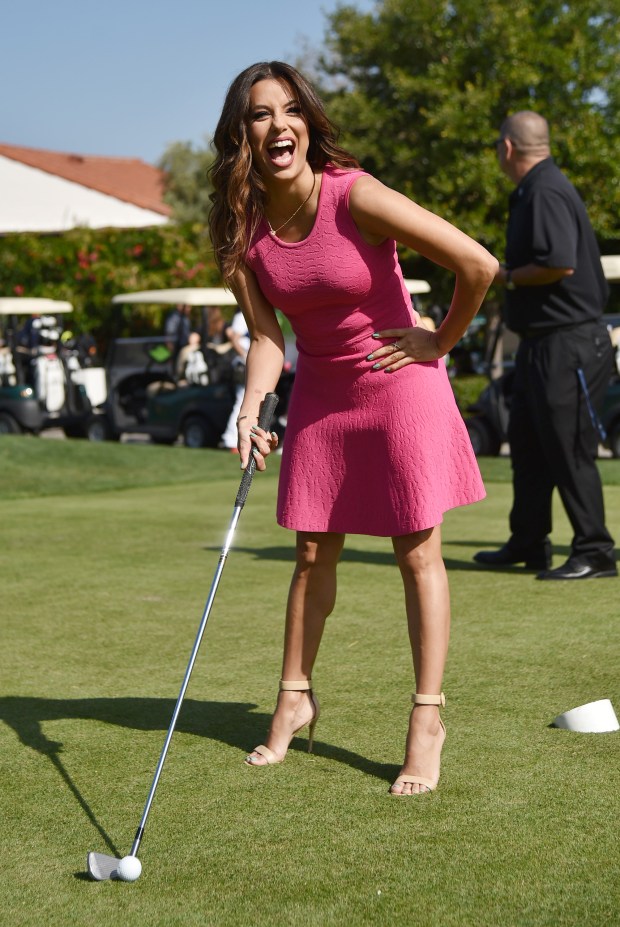 “You couldn’t have written a character that crazy. People would go, ‘Oh, that guy doesn’t exist.’ It’s hard to actually create those characters

“To find them in real life is much more interesting to me.”